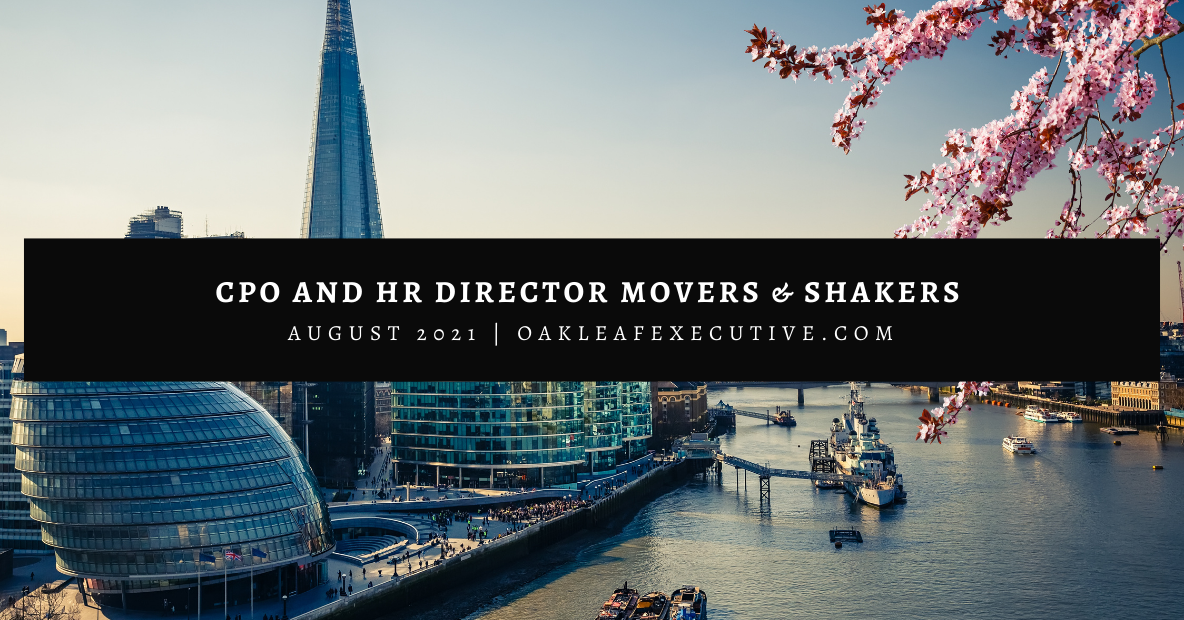 As the UK opens up again, there has been a huge number of movers over the last 3 months within the CPO and HR Director arena.  This has been consistent across all of Oakleaf Executive’s core market sectors.

There has been a sustained trend in movement from large global banks and corporates to challenger and high-growth organisations.

Many congratulations to the following individuals in our network on securing new roles.

If you would be interested in a more detailed insight into the Executive HR market, please contact Emma Castillo. Emma places HR talent from £120k-£500k base salaries across the UK and internationally.