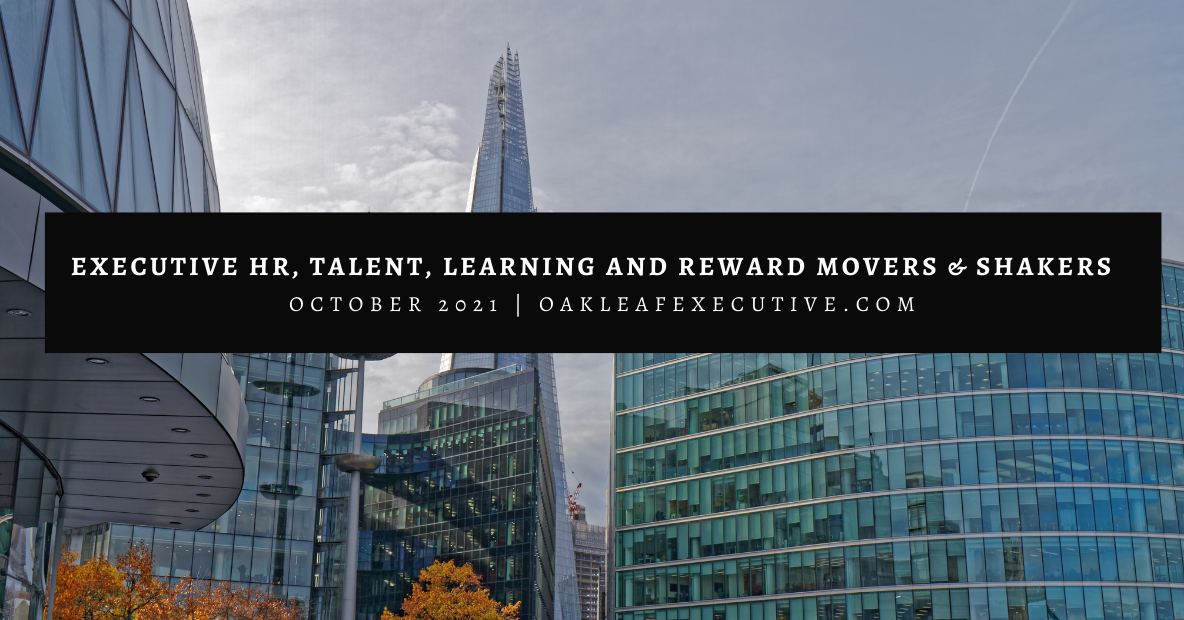 The HR search market has remained remarkably strong throughout the September and October, and we have seen a number of mandates across all areas of HR.  This included Talent Acquisition, Learning and Development, Reward as well as CPO and HR Director roles.  Professional services, financial services and technology sectors have remained particularly buoyant throughout this period.  We have seen several moves into the technology sector from both financial and professional services.

Congratulations to the following who have all started new roles.

Rick Kershaw has joined Facebook as HR Director EMEA Technology. He was previously CPO at Peakon.

Jay Muthu moved to Entain as Director of Organization and People Capability. He was previously at Virgin Media.

Michelle Mason started with Colliers as Chief People Officer. She was previously at Aecom.

Claire Davis has joined Haines Watts as Head of People. She was previously Director of Learning and Development at Smith and Williamson.

Sharon Ives has joined Slaughter and May as Head of HR Operations.

Tracey Hahn has joined Abrdn as Chief People Officer from ReAssure where she was Group HR Director.

Rachel Mooney is the new Chief People Officer at Monzo Bank. She joins from Snow Software, where she was Chief People and Culture Officer.

Claudia Coppola is now Human Capital Director at KKR. She joins from Citi.

Karen Bowes is now MD, Head of HR for Consumer, Cards and Payments at Barclays. She was previously at Capital One.

Kevin Hagan is the new Human Resources Director at Enstar Group. He joined from Charles Taylor.

David Dean has moved to Cyprus based FX group Exness as Global Head of TA from Thomson Reuters.

If you would be interested in a more detailed insight into the Executive HR market, please contact Emma Castillo. Emma places HR talent from £120k-£500k base salaries across the UK and internationally.